Through our product categories 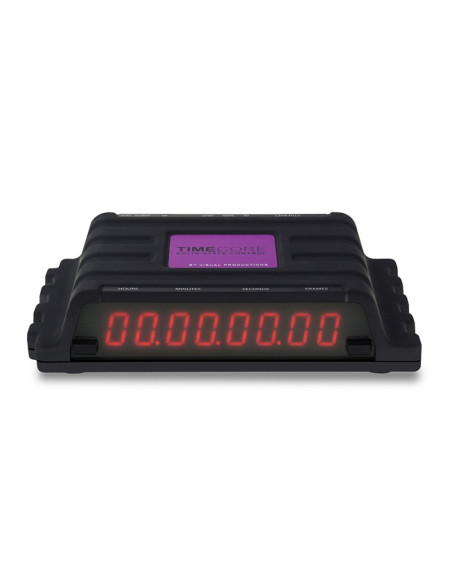 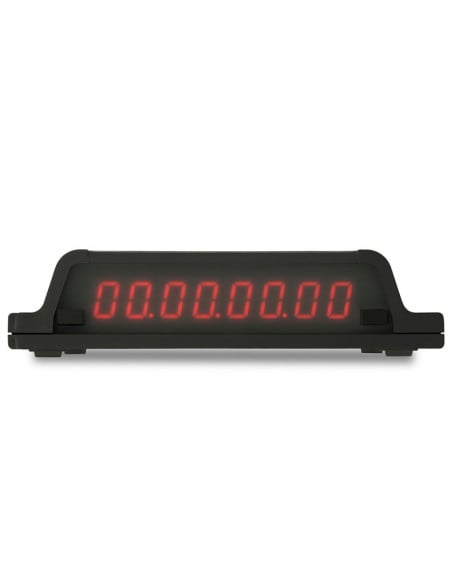 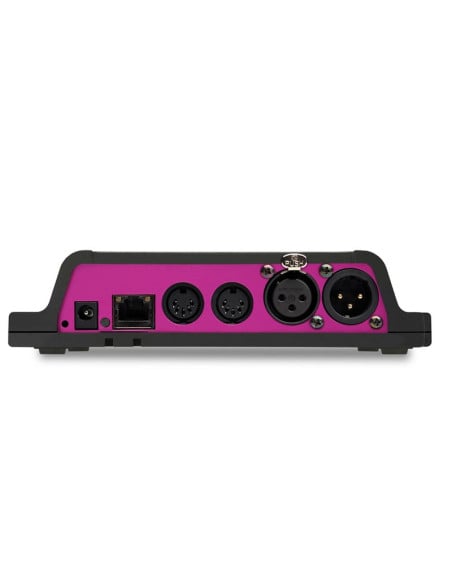 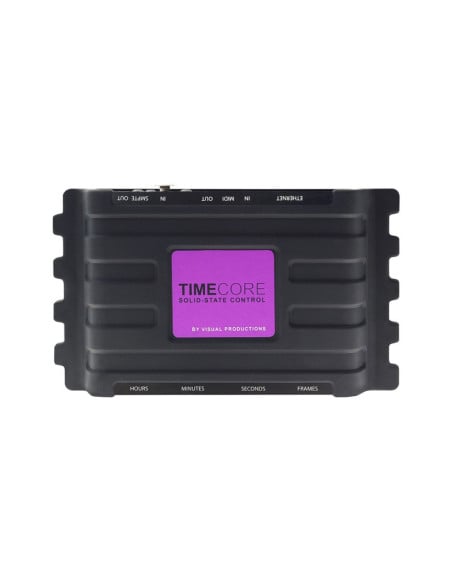 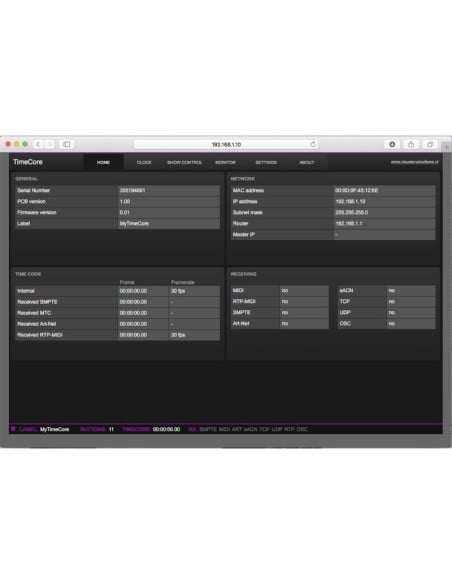 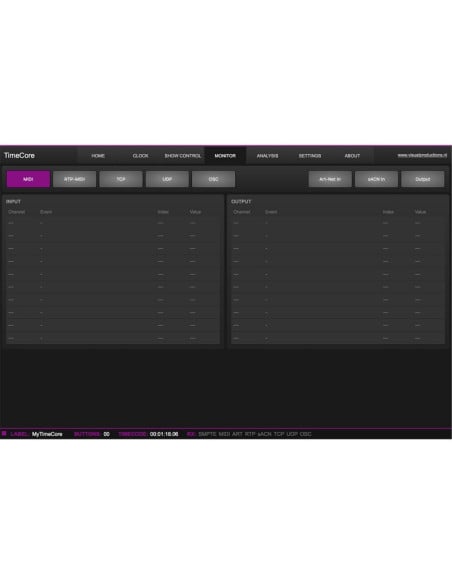 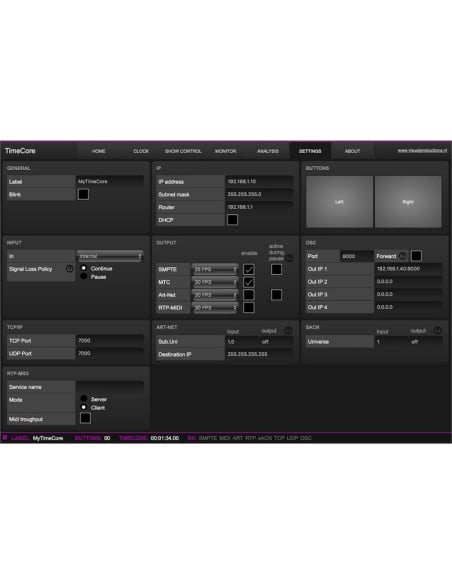 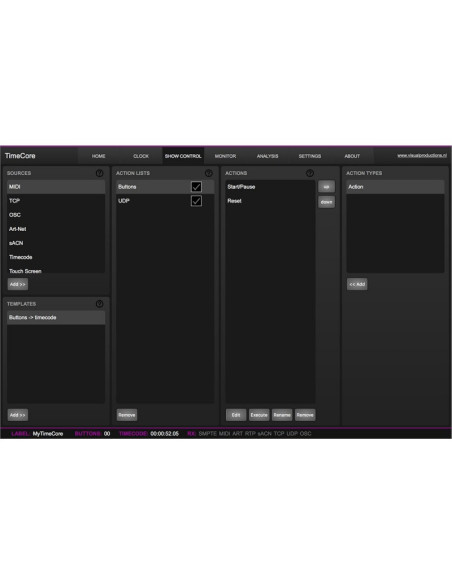 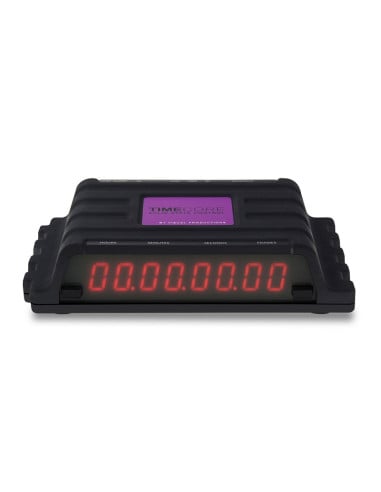 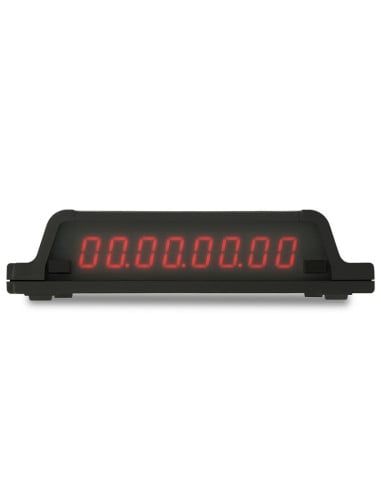 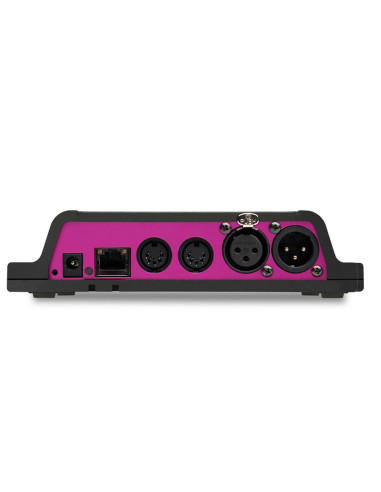 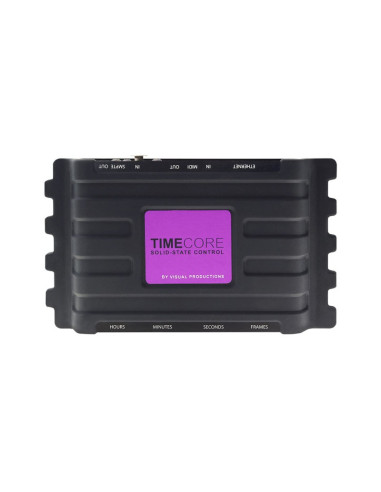 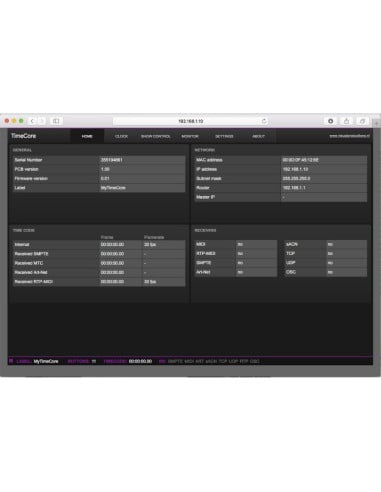 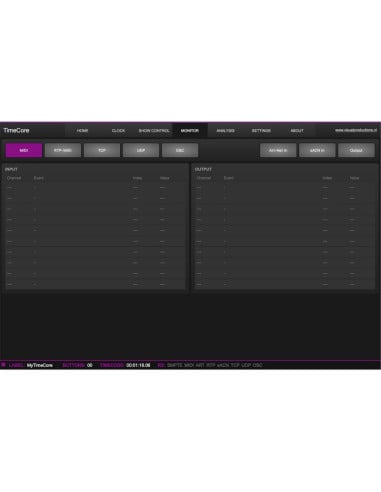 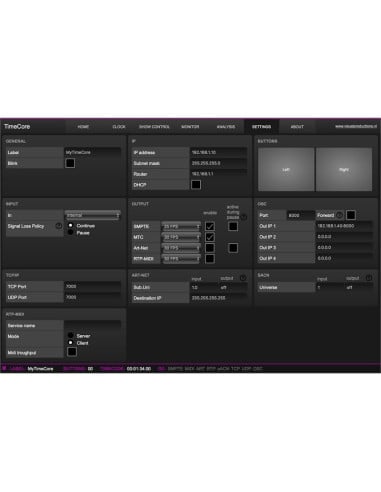 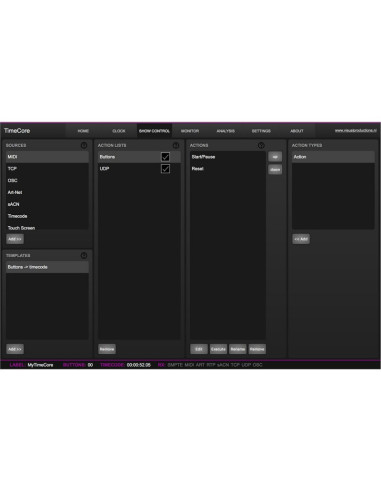 The TimeCore is a compact device that can perform all tasks related to timecode. It is designed for architectural and architainment, show lighting, facade lighting, museums, churches, cruise ships, exhibition booths, shopping centers, hotels and restaurants, discoteques, gardens and lounges. It can generate, follow, convert and display timecode signals. It even handles a number of non-timecode protocols. The TimeCore can be set to be a timecode master, in which it will generate a stable timecode signal. Alternatively, the unit can also be set as a timecode slave. A large LED display gives a real-time readout on the current timecode frame. The unit supports receiving and transmitting SMPTE (LTC), MTC and a Ethernet-based timecode (Art-Net). The TimeCore is capable of converting between any of these protocols. It can also convert between different frame-rates (24, 25, 29.97, 30). The TimeCore has an Ethernet port that allows to access the internal web-server. This web-server enables to fully configure the behaviour of the device. Various protocols that are often found in show control are supported; for instance UDP, TCP, OSC and MIDI. Any message received from these protocols can be used to start, stop or manipulate the timecode. The TimeCore speaks lighting languages like Art-Net and sACN. The unit can directly interact with your lighting desk. The functionality of the TimeCore can be extended by combining it with other members of the core product family: the IoCore can add GPI, 0-10V, GPO and RS-232 ports to the TimeCore, the CueCore extends with DMX-512 and recorded lighting shows, the B-Station can act as a remote control.

The TimeCore can be set to be a timecode master, generating a stable timecode signal. The device can also be set as a timecode slave.

The TimeCore is capable of converting between any of the SMPTE, MTC and Art-Net timecode protocols and frame-rate.

A large LED display gives a real-time readout on the current timecode frame. The timecode can also be monitored via the web-interface.

The TimeCore has an Ethernet port that allows you to access the internal web-server; enabling you to configure the behaviour of the device.

Pay in installments with Klarna

Send a payment with PayPal

Pay safely with your Visa

Pay safely with your Mastercard

Pay safely with your Amex 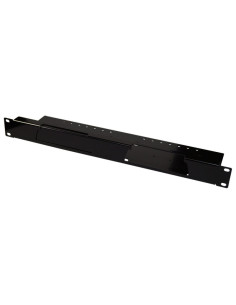 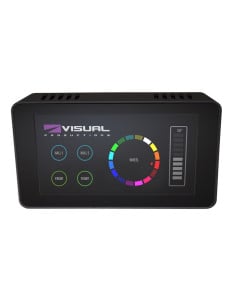 Select a row below to filter reviews.

Be the first to write your review !

Save products on your wishlist to buy them later or share with your friends.